Jump to content
Did you just find a juicy new offseason trade or free agent rumor? DON'T POST IN THIS FORUM! Please click on this banner and then "Add Rumor". Thanks! 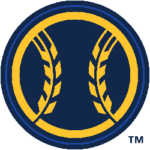